Clashes between rebels and Syrian government forces took place less than two hours after a ceasefire took effect on Friday, a monitoring group and a rebel official said, in the first violations of a deal backed by Russia and Turkey.

The Syrian Observatory for Human Rights monitoring group said rebels had violated the truce deal and taken over a position in Hama province.

Mohammed Rasheed, a spokesman for the Jaish al-Nasr rebel group, said government forces had violated the truce, shelling areas in Atshan and Skeik villages in Idlib province, which borders Hama.

The ceasefire brokered by Russia and Turkey went into effect in war-ravaged Syria at midnight local time, a potential breakthrough in the six years of fighting that have left more than a quarter-million people dead and triggered a refugee crisis across Europe.

Opposition activist Mazen al-Shami told The Associated Press that half an hour before midnight, the situation became “very calm” in the suburbs of the capital Damascus.

He added that a government offensive on the rebel-held Barada Valley northwest of Damascus that had been going on for days had stopped.

The truce had the backing of both Russia and Turkey, which have been supporting opposing sides in the war, and was welcomed by Iran and the United Nations. Russia said the deal was signed by seven of Syria’s major rebel factions. 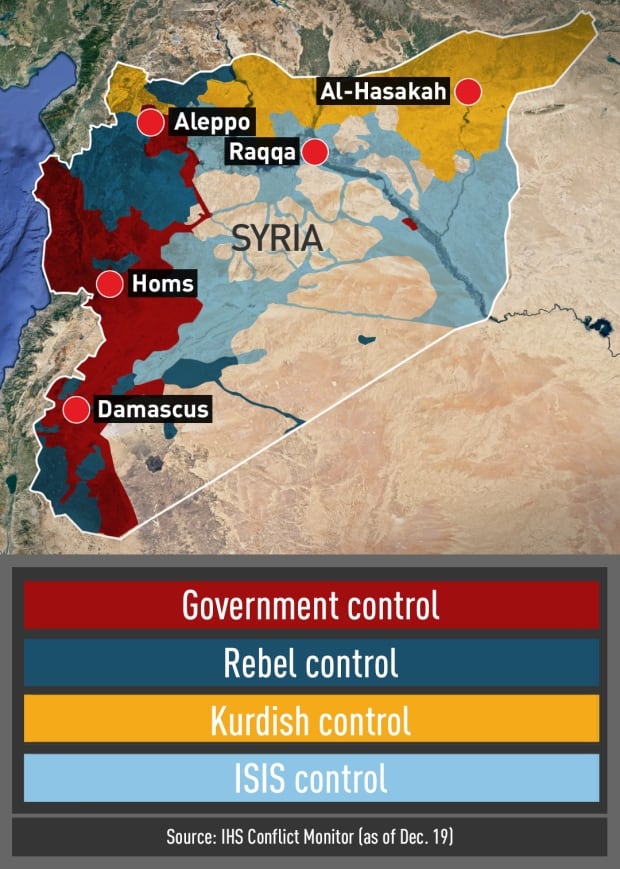 Several previous ceasefires all collapsed, some of them in a matter of days. Nevertheless, the deal this time had raised hopes for a political settlement to the ruinous war in the coming months, in part because the landscape has significantly shifted recently.

For one thing, the tide has turned in Syrian President Bashar al-Assad’s favour militarily over the past year, with the government retaking the city of Aleppo from the rebels just days ago. Also, Turkey, which is fighting Kurdish and Islamic militants at home, appears more willing to strike a bargain with Russia if it means protecting its borders.

A ‘real chance’ for peace

“This is a different political scene, and one would expect some outcomes to emerge,” said Hilal Khashan, political science professor at the American University of Beirut. He cautioned, however, against expecting immediate results from the first round of talks.

Syrian Foreign Minister Walid al-Moallem welcomed the ceasefire agreement said there is a “real chance” for a political settlement. 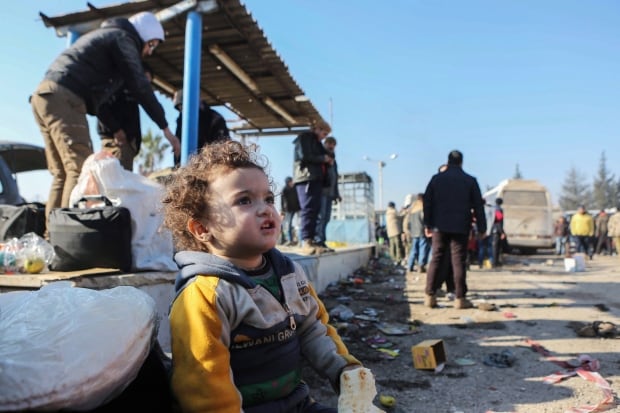 A Syrian child evacuated from the embattled Syrian city of Aleppo waits at a refugee camp in Rashidin, near Idlib on Dec. 20. (Associated Press)

In comments made to Syrian TV, he said the Syrian government will attend the peace talks in the Kazakh capital Astana “with an open mind,” but suggested it would not be willing to compromise on Assad’s fate.

“Everything is negotiable except national sovereignty and the people’s right to choose its leadership,” he said.

Putin said the ceasefire will be guaranteed by Moscow — Assad’s chief patron and battlefield ally — and by Turkey. Turkey is a main backer of the opposition forces, who use the country’s long border with Syria to cross back and forth, and has wide influence on them. Iran, for its part, has been one of Assad’s strongest backers.

Russian Defence Minister Sergei Shoigu said the truce includes 62,000 opposition fighters across Syria and that the Russian military has established a hotline with its Turkish counterpart to monitor compliance. Sergei Lavrov, Russia’s foreign minister, said U.S. president-elect Donald Trump’s administration will be welcome to join the peace process once he takes office.

Putin said he ordered the Russian military to scale back its presence in Syria, where it has provided crucial support to Assad’s forces. Putin didn’t say how many troops and weapons will be withdrawn. He said Russia will continue “fighting international terrorism in Syria” and supporting Assad’s military.

The UN special envoy for Syria, Staffan de Mistura, welcomed the ceasefire announcement, saying he hopes the agreement will save civilian lives, facilitate the delivery of humanitarian aid and pave the way for productive peace talks.

Earlier Thursday, Turkey called on Hezbollah to withdraw its fighters from Syria. The Iranian-backed extremist group has sent thousands of fighters to support Assad and has been playing an instrumental role in the civil war since 2013.

Foreign fighters from around the world have joined both sides of the Syrian conflict, which has displaced half the country’s population and produced more than four million refugees. Many of those refugees have been streaming into Europe, fuelling anti-immigration sentiment and terrorist fears that are reshaping the continent’s political landscape.

Syria’s military noted that the cease-fire comes after the “successes achieved by the armed forces,” an apparent reference to the fierce fighting in Aleppo. 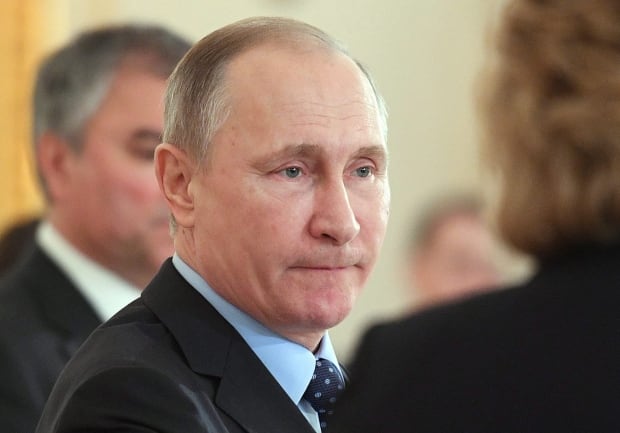 Russian President Vladimir Putin says an agreement has been reached with Turkey on a ceasefire in Syria. (Natalia Kolesnikova/Associated Press)

Osama Abo Zayd, a spokesman for mainstream Syrian opposition groups, told reporters in the Turkish capital of Ankara that 13 armed opposition factions have signed the five-point agreement and that they have agreed to abide by the ceasefire.

He said the peace talks will be based on the Geneva 2012 declaration that calls for a governing body with full executive powers to run affairs in Syria during a transition period. “This means that there will be no presence for Assad in the future,” he said.

Assad’s future has been the main sticking in previous negotiations between the warring sides, and he is seen as unlikely to step down, particularly when he’s on the winning side.​ 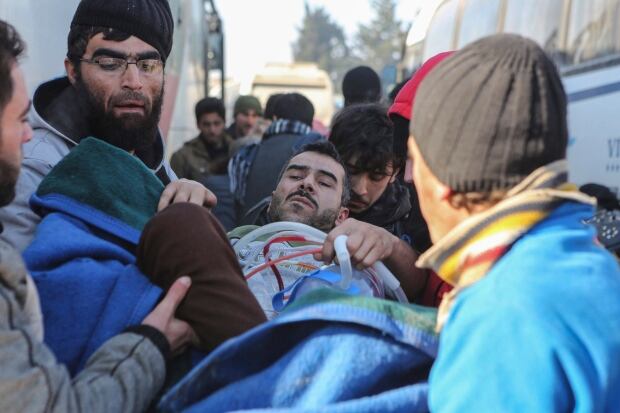 A wounded Syrian man arrives at a refugee camp in Rashidin, near Idlib, Syria, after people were removed from the embattled city of Aleppo on Dec. 20. More than 300,000 have been killed in the war, and more than 11 million have been forced to flee their homes. (Associated Press)