The federal government has been presented with three leading ideas on what to do with the former U.S. embassy in Ottawa, which has stood vacant for nearly 20 years on prime real estate directly across from Parliament Hill.

A proposal to build a national portrait gallery on the site was scrapped by former prime minister Stephen Harper a decade ago, shortly after he assumed office.

A report commissioned last summer for Public Services and Procurement Canada and released publicly on Thursday gauged support for six options for the building at 100 Wellington St.

The top three choices identified in surveys conducted by Ekos Research Associates are:

The other options included a museum, a tourism information centre and an interpretive centre for Parliament. 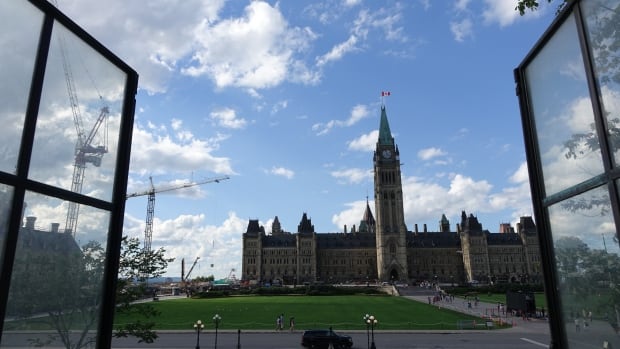 Parliament Hill is seen from a window on the second floor of 100 Wellington Street. (Trevor Pritchard/CBC)

Ekos found the “Canada House” proposal had the broadest support in both the representative and open surveys.

The art gallery proposal had the most support in the open survey, including some write-in support for resurrecting the portrait gallery. Support for the gallery, the report said, was concentrated among people older than 55.

In the representative survey, a museum and an Indigenous cultural centre came second and third, respectively. Canada House and the Indigenous centre were tied for first place among international respondents.

However, some supporters of the Indigenous cultural centre raised concerns about “the inappropriateness of the location and style of architecture for this purpose, saying that other more suitable options exist for such a use.”

A unique piece of real estate

The embassy building was built in 1931-2, and is a strong example of the Beaux Arts style in American government architecture. It was the first foreign mission built in Canada and was designated a federal historic building in 1985.

Since the building was never sold, it’s difficult to pinpoint its value, according to real estate agent Jake Prescott.

“It’s definitely one of the most unique pieces of real estate in the city,” Prescott said. 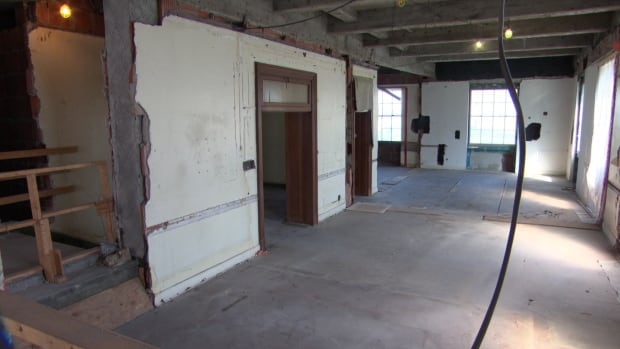 Media were given a tour of 100 Wellington Street in August 2016, as the federal government prepared to launch public consultations, aiming to turn it into a ‘key Canadian institution.’ (CBC)

Nearby landmarks provide clues as to the value of the building.

“We’d be talking in the tens of millions for sure.”

At the time 100 Wellington was built, Canada was still a colony of the British Empire with its foreign policy run out of London. Its construction was a partial concession to Canada’s growing autonomy and the importance of the United States.

That didn’t mean its construction was welcome, according to Galen Perras, a historian who studies Canada-U.S. relations at the University of Ottawa.

“I would describe it as cursed,” Perras said.

There were even rumours of a secret tunnel connecting the embassy to Prime Minister William Lyon Mackenzie King’s office, he said. At the time, the prime minister was accused of weakening Canada’s ties to Britain.

“Remember, Mackenzie King’s nickname among conservatives was ‘the American’ — and it wasn’t a compliment.”

Three American ambassadors died at the embassy within 15 years.

“It was cold. It was boring. Right? Not so much happened,” he said. “So if you got the transfer notice you thought ‘Oh, I’m being told to resign.'”

Perras said he hopes the peculiar history of Canada’s first embassy will be acknowledged as the building finds a new use. He says it’s “strange” it has sat empty so long.

The government is expected to decide on the new use for 100 Wellington in early 2017.