As Freddy Borges shuffled past the memorial display for Fidel Castro, the 83-year-old veteran of the 1959 revolution stopped, turned to face a black and white portrait of the former president and stood at attention.

Under a blazing sun, Borges, like many Cubans, had waited for hours in one of two lines that stretched for blocks and wound its way around Havana’s Revolution Square and into the towering Jose Marti Memorial housing Castro’s cremated remains.

With spotty English, he was able to explain that he didn’t mind bearing the heat for his “commandante.” He proudly dug out his veteran’s card and said he was in his 20s when he joined the revolution in the 1950s to put an end to the reign of President Fulgencio Batista. Freddy Borges, 83, is a veteran of the 1959 Cuban Revolution. When he got inside the memorial, he stood at attention in front of a black and white portrait of Castro. (Mark Gollom/CBC)

Fidel, he said, using his first name as many of his supporters do, was one of the great political leaders.

“We are here,” he said, pointing to the enormous crowd lined up. “Fidel is excellent. Fidel is our teacher.”

Thousands of people, both young and old, flocked to the plaza to pay their final respects to Castro, armed only with patience and umbrellas to beat back the sun’s hot rays. 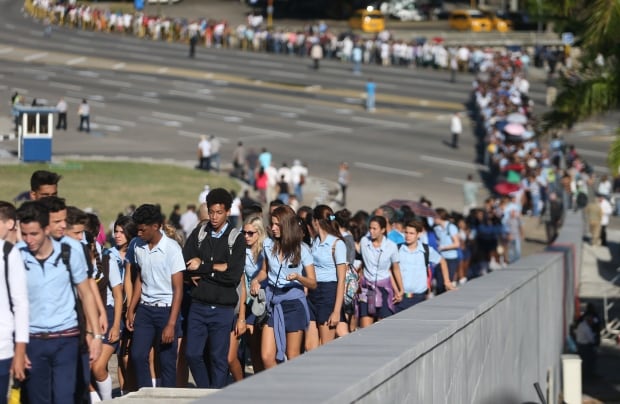 There were long queues to get inside the memorial. Once inside, people only had time for a quick glance at the display. (Edgard Garrido/Reuters)

Police had cordoned off the adjacent streets to make way for the massive crowds that flooded into the area.

Monday was the first of two days scheduled for people to have the opportunity to pay respects to Castro at the memorial.

Officials kept the line moving — there was no condolence book to sign inside the monument, and it was unclear where exactly Castro’s cremated remains were. As people walked by the roped-off area, they were able to take a quick look at or snap a photo of the guards standing at attention, the flowers, the wreaths, the picture of a young Castro in army fatigues and Castro’s war medals. 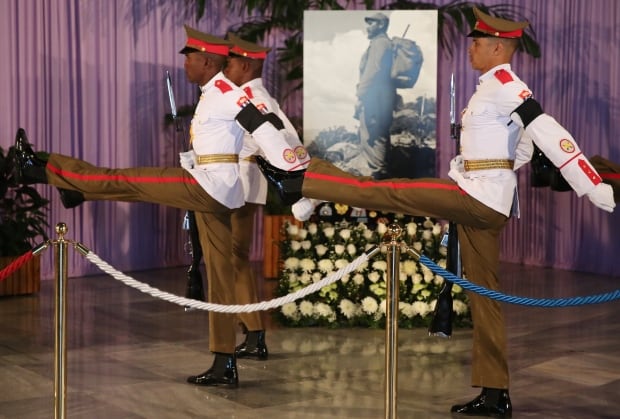 A photograph of Castro inside the memorial. It was unclear where in the memorial his cremated remains were placed. (Edgard Garrido/Reuters)

“I didn’t get a lot of time,” said Amelia Hernandez, a 19-year-old student. “It was worth it. I wanted to see him. He was really important to our country.”

That seemed to be the view of many in the line, which, understandably, was not a place where one would expect to find the former dictator’s many critics, including those who decry his regime’s human rights abuses.

“He was my president. He fought for us, he gave his life for us, he’s always been there for us,” David Napoles said.

Napoles said he was there, like many Cubans, to show his support to Castro’s family and offer his condolences. 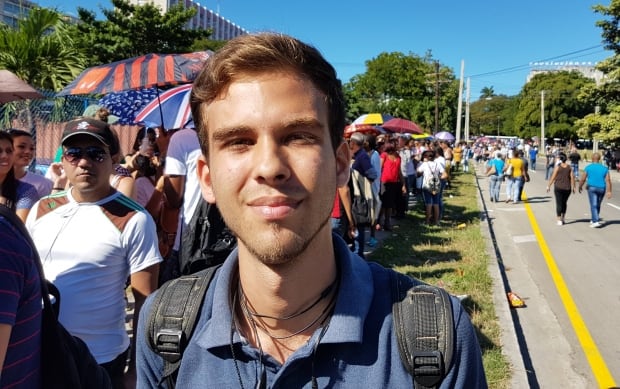 David Napoles said he came to show his support to Castro’s family and offer his condolences. (Mark Gollom/CBC )

Standing in the heat and waiting for hours to pay respects is nothing compared to what Castro did for his people, he said.

English professor Liuber Valera said he couldn’t put his sadness into words. He said he got emotional looking at the flowers, the medals and the photo of Castro.

“It was really, really amazing. Sad and amazing at the same time,” he said. “I wish I could be older to have a chance to be beside my commander-in-chief.” 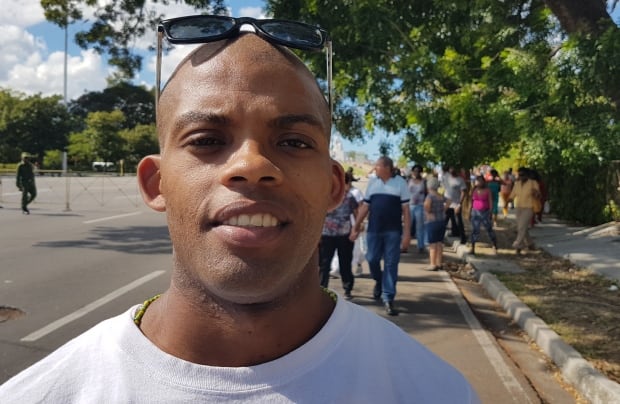 Some of those who came to pay their respects left the memorial in tears. One woman, who said she works for the Ministry of the Interior, sobbed as she praised the former leader. 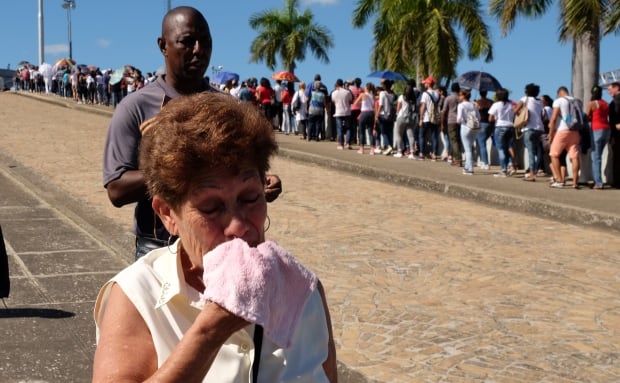 A woman cries on her way out of the memorial to Castro. (Mark Gollom/CBC)

But it wasn’t just Cubans who came. Many tourists who just happened to be in Havana when news broke of Castro’s death also wanted to come to the memorial and be part of history.

“At the end of the day, love or hate the man, he was an incredible character in this county,” said Lilly Trafford from London. “He did some things I wouldn’t agree with, but he’s also done a lot of good for the country, as well.

“There weren’t that many individuals who have had such a significant influence on a country like he has had on Cuba.” 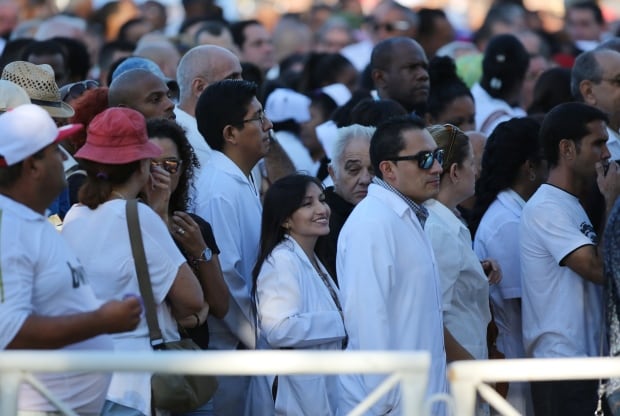 Many tourists who happened to be in Havana when Castro died decided to visit the memorial. (Carlos Barria/Reuters)

Bridgit Roohner from Geneva said she couldn’t pass up this historic moment.

“I think he did something wonderful for Cuba, for the revolution and for the people,” she said. “There’s a dark side of him, of course, that we aren’t really allowed to talk about here.”